This advertising campaign for the NEXT business class apartment complex (developer Eurostroy) was one of our favorites.

It was a tender in which we participated on a par with big advertising agencies of St. Petersburg. And we won. We showed several ideas that were different in their courage — it was a courageous advertising campaign that «Evrostroy» wanted to launch to its relatively young but already sophisticated in communications audience. 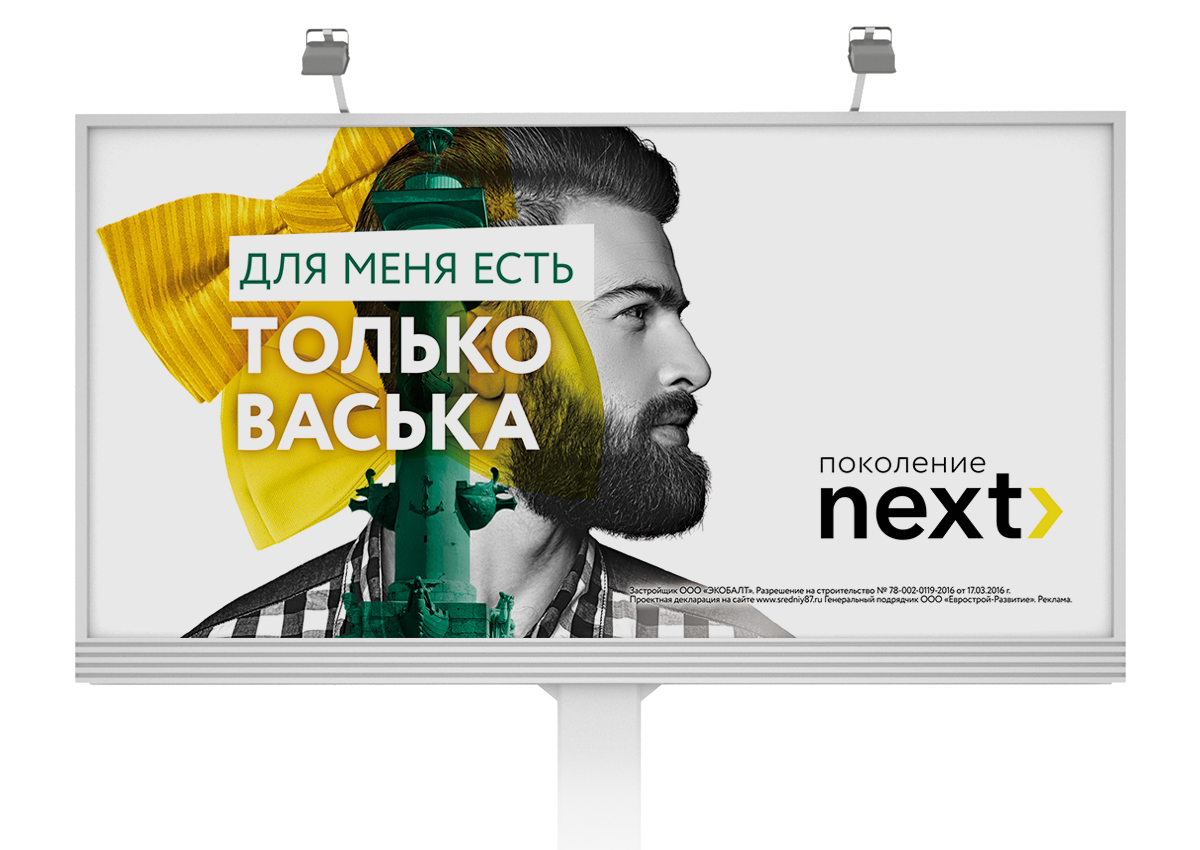 A teaser about Vaska. It plays on the similarity of the man’s name and the slang name of the neighborhood in which Next Apartments is located. The teaser states: I only want Vaska. 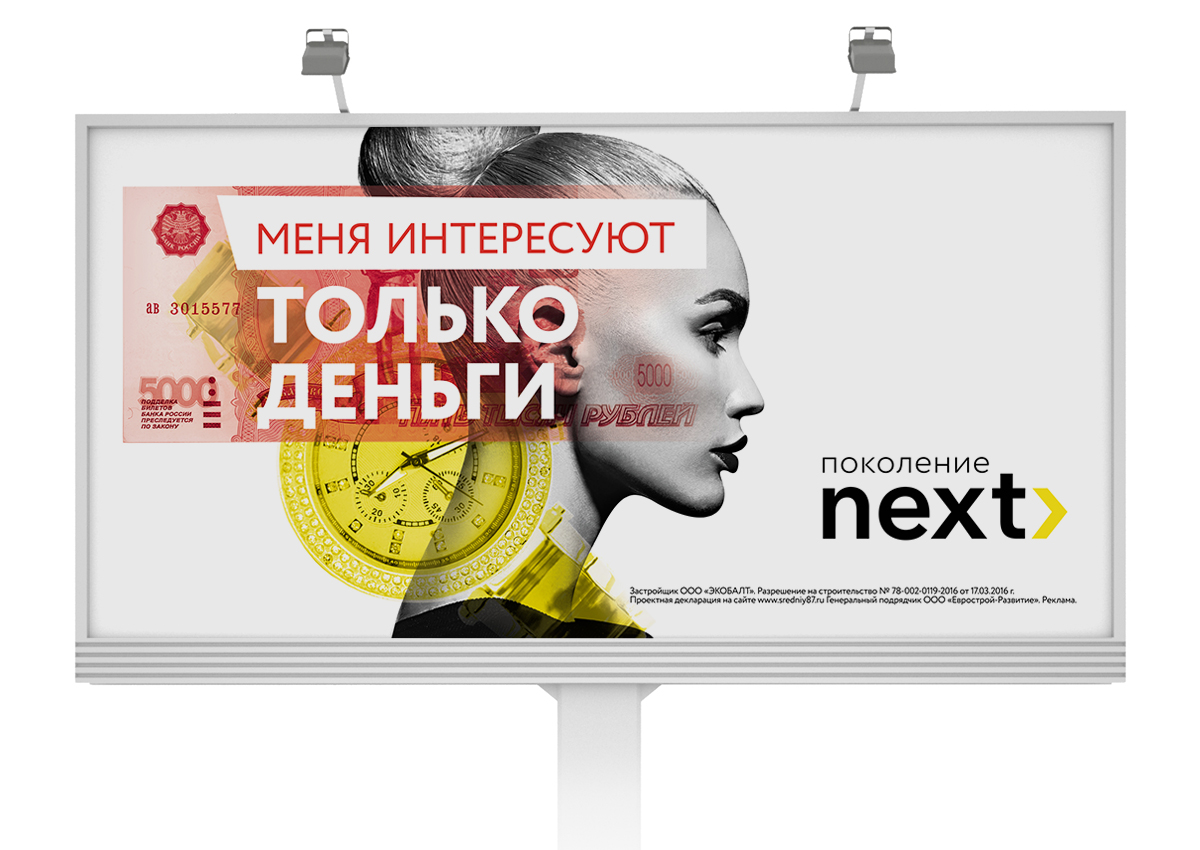 A teaser about a greedy woman. The woman in the photo declares that she is only interested in money 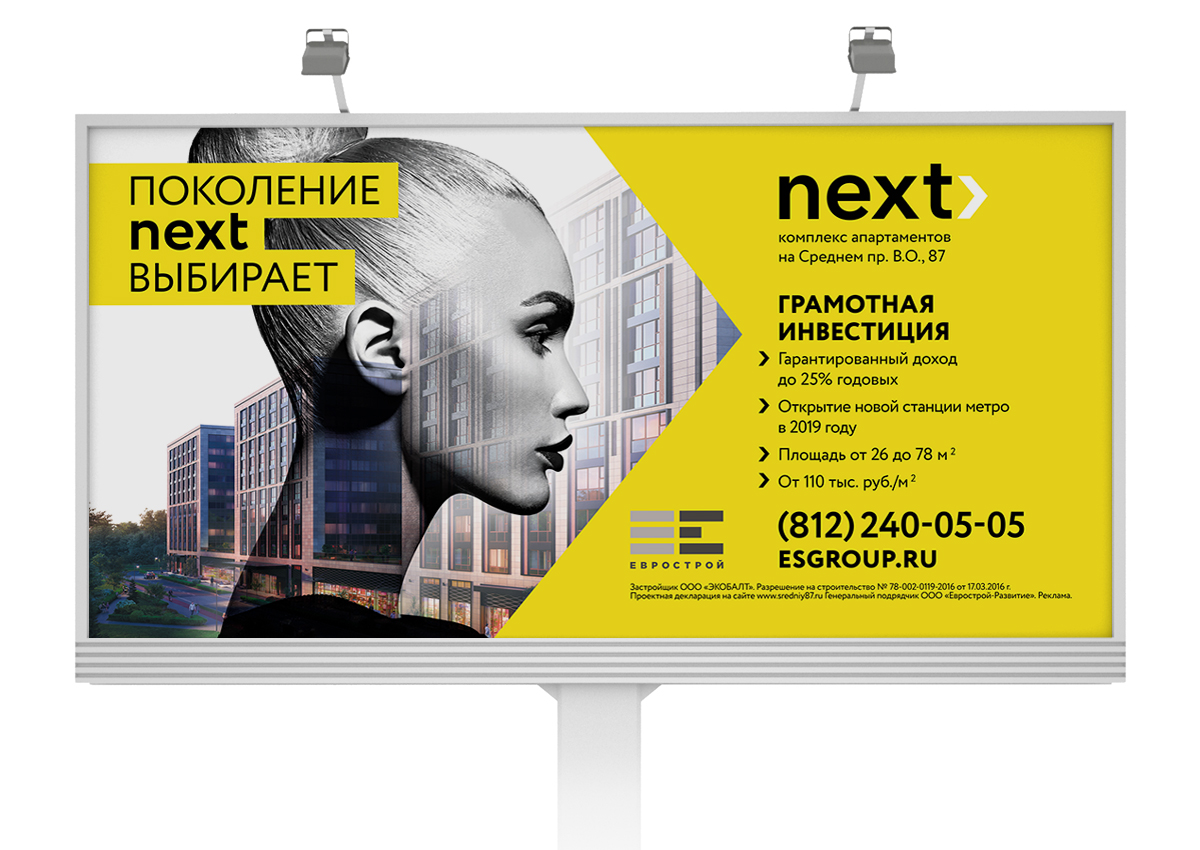 A pleaser revealing the idea. The woman explains that she is a fan of smart investments

As part of the concept, we came up with the design of adapting the campaign to different media, as well as a creative radio spot

It is interesting that the campaign was so successful in terms of sales that it lasted, and therefore worked, for a full 9 months. The next flight for the brand was also created by us.